In September of 1989, I entered Northwest Baptist Seminary in Tacoma, WA and three years later earned my Master’s Degree in Biblical Studies.  While in seminary, I served with Baptist Mid-Missions Missionary Apprentice Program in Scotland.  It was there that God sovereignly confirmed a call into missions on January 24, 1991.

In July 1992, I was accepted into Baptist Mid-Missions for the field of Russia where I served from 1994 to 1999.  In January 2000 because of health problems, I returned to the States.  After finding the solution to my health concerns, I began ministry with Campus Bible Fellowship in Cleveland, OH.  In my ministry with college students, I have found my niche.  Each of the past experiences in my life contributes to the ministry I do now.  My passion is to train students in the Word and ministry.  Since 2000, several former CBF students are now either in ministry or preparing for the ministry.  The work in Cleveland includes both American and international students from several area universities 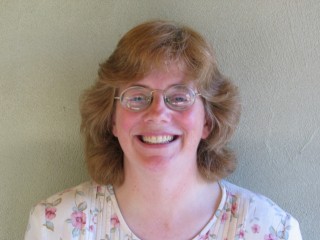 “I accepted the Lord as my personal Savior on January 24, 1988 while working for the Girl Scouts.  About a year after my salvation, the Lord called me into full-time ministry.”